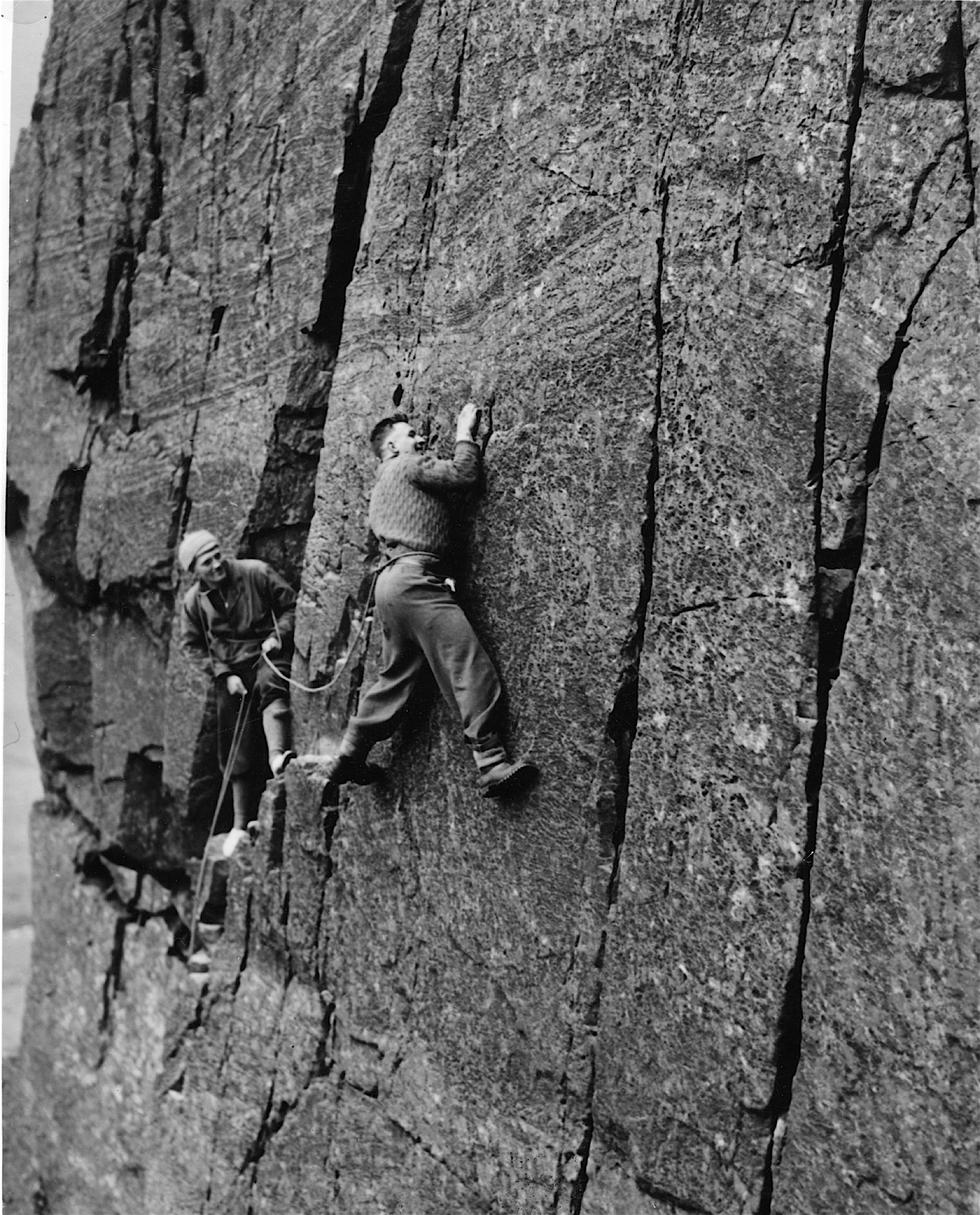 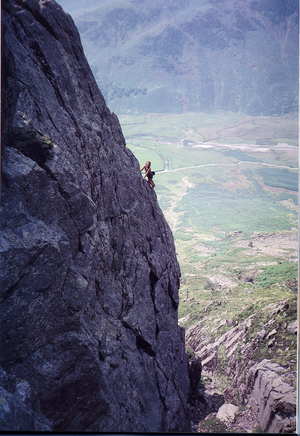 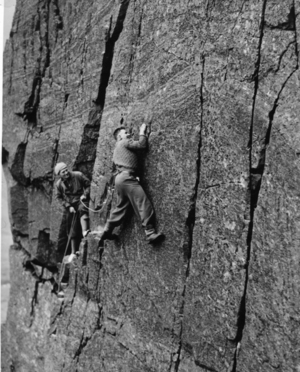 Jim Birkett was heralded as one of the greatest rock climbers of his generation and again one of the very first,  before the rise to prominence  of Don Whillans  and Joe Brown,  to enter the sport of ‘Gentleman’ as a local from a working class background. Jim was a quarryman who started as ‘river’, a worker who splits the slate with hammer and chisel, at Hodge Close Slate  Quarry in Little Langdale.
He had phenomenal finger strength, honed in the quarry, but prided himself in climbing wearing nailed boots! The front sole of his boots, rimmed with ‘wasted clinkers’, were made locally by craftsmen boot maker Fred Bowness. A ‘wasted clinker’ being a nail which was effectively a domed hobnail cut in half to leave a sharp edged flat face – which much resembles the Half Dome rock formation in Yosemite Valley. He made a quantum leap in the standards of climbing of the  day with a series of bold routes, climbed when a leader fall would most certainly have spelt disaster, taking the grade from ‘Very Severe’ to Extremely Severe’. But his legacy today, because climbing standards and the quality of climbing equipment has risen dramatically, is to leave a series of climbs, throughout the Lake District, that are probably the most popular in the region. Indeed, writer, journalist, fellow Country Life Contributor and climber, Tony Greenbank once described Jim Birkett’s  routes as a “Trail of Gold.”