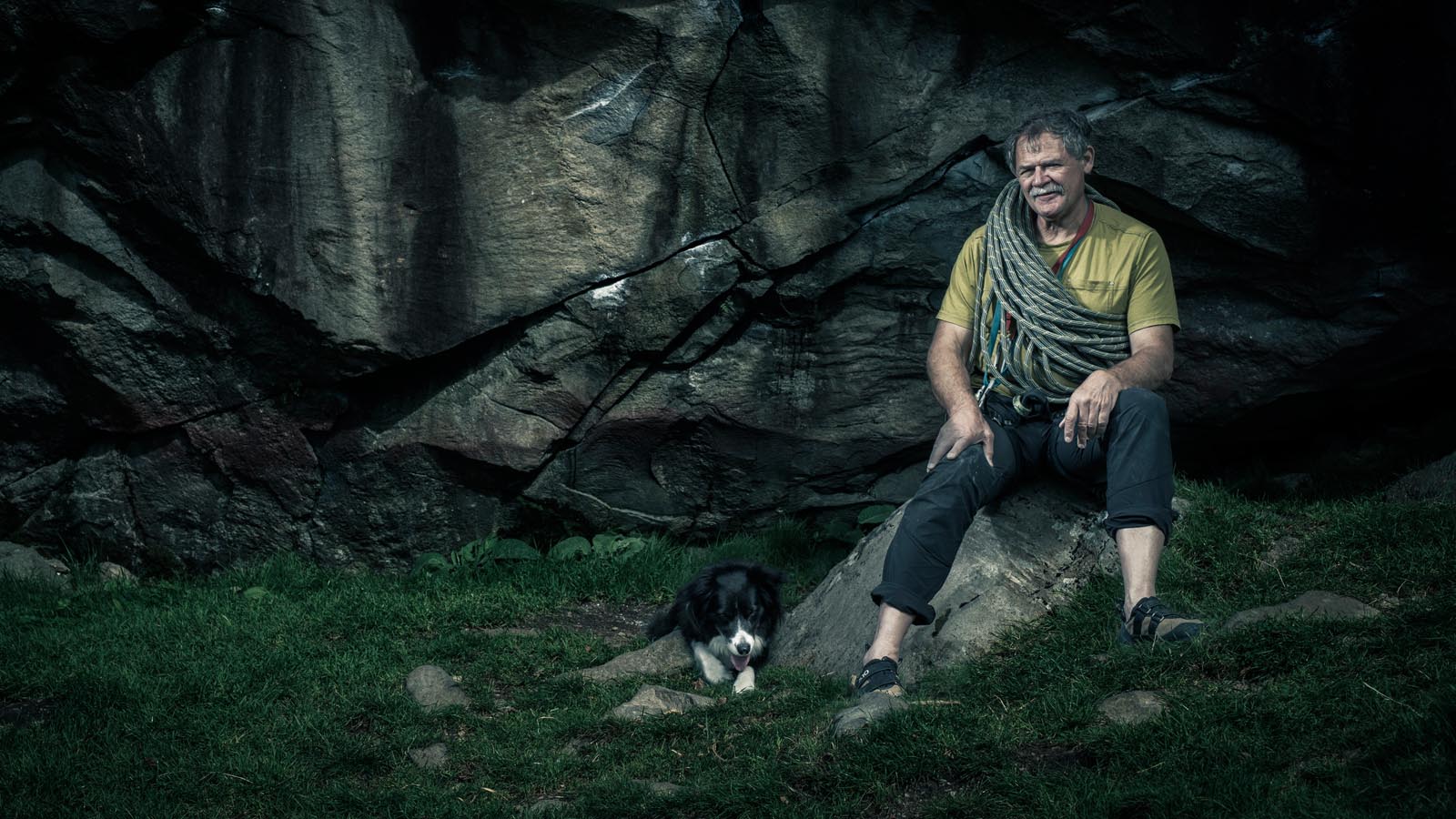 I love the natural landscape, wild places and in particular the mountains.
To be amongst them, climb them, walk them, listen to them, with the free wind on my face and the sun on my back,
to photograph and write about them is all I ever wanted.
So my photography and my writing is all about a passion, a life long love affair, with the hills.
Everything I’ve done comes from that. This website is designed to show you something of my work, tell you what’s going on in my life, and share a little of the passion with you.

I was born on the 13th May 1952,  in the Lake District, Thomas William Birkett, but only ever called by my middle name,  as per family tradition,  which was  always ‘Billy’. I liked it better when I got older and  people called me Bill. I grew up in Little Langdale, in the heart of the Lake Distirct mountains and from a very early age was always out on the fells and mountains with my dad and mum. Dad, was a quarrymen, and worked generally 5 ½ days a week. Mum let off  half  our house and cottage and also did Bed & Breakfast for ‘holiday visitors’. That was tough, but normal,  for working class people living in the Lake District. Despite all,  many evenings and at least one day a weekend was spent in the hills.

It was a childhood surrounded by books and reading was an important part of our lives. There was no electricity in Little Langdale until 1963 and dad wouldn’t have a TV in the house for many years after that. Dad was a leading authority on mountain birds, particularly birds of prey, and mountain and Cumbrian flora. So my younger days were spent scouring the hills for plants and birds. During the 60’s the peregrine falcon, in particular, was under threat from the uncontrolled use of pesticides and dad used to lower me off the crags to mark their eggs with indelible ink so that they would be valueless to egg collectors and hence protect them from impending extinction.

I used to love these days spent on the hills particularly  in the company of Dr Derek Ratcliffe, the leading authority on the Peregrine Falcon and Chief Scientist for the Nature Conservancy. It was Derek who was to prove the link between the rapidly falling population of peregrines and the use of DDT – which lead to the banning of this pesticide and the preservation of the peregrine falcon as a species. I didn’t really appreciate what was going on, it was just great to be out on the hills and in wild places, but I did know I was in the quiet, thoughtful, presence of greatness.

My first photography was of the nests, eggs and chicks of  mountain birds of prey. My first rock climbing started with Ronny Black, a school chum, from Ambleside. And it might seem strange   but at that time I had no idea my father had been a rock climber  let  alone the leading climber of his generation. It was only when mum remarked  that dad had done some climbing  and I should have a look at the Fell & Rock Climbing Guidebooks that were in the ‘visitors half ’of  ‘Dale View’. By chance I picked up the ‘Scafell’ guidebook and remember flicking through the historical section at the back to discover page after page of ‘First Ascent’ R J Birkett. Blimey, he really had done some climbing.

My climbing developed to a high standard and I have pioneered first ascents throughout the Lakeland Crags and in Scotland and particularly on the sea cliff surrounding  the Isle of Skye. I began leading my first ‘extreme’ climbs in Snowdonia, when I was sixteen,  and did one of the first E7 ascents in Britain with my ‘Centrefold’ on Raven Crag Langdale in 1984. And I’m still climbing today and still just love that feel of the rock through my fingers and space below my feet.

I took a sandwich course in Civil Engineering at Teesside Polytechnic. Civil Engineering is about ‘Harnessing the Power of Nature for the Benefit of Mankind ’ and to me that is an exciting and fascinating thing to do.

The main reason for   choosing Teesside  was that it was near the Lake District, there were strong climbers based in the area,   the little crags of the North York Moors lay close to hand and Scotland was just over the Border. Graduating in  1976 I joined Cumbria County Highways and with my combined experience and a bridge design under my belt I reached Charted Engineer status  and became  a Member of the Institution of Civil Engineers in 1981. I was twenty nine. Writing and photographing for  climbing magazines began in  the late 1970’s and following publication of ‘Winter Climbs In The Lake District’ in 1980 and ‘Lakelands Greatest Pioneers’ in 1983 magazine work and my photography increased significantly and in 1985 I became a freelance writer and photographer though I have made numerous sorties back into civil engineering.

But to cut a long story short  it’s  probably best if I explain what climbing, walking, mountains and wild places mean to me. There are three main threads and through time each has taken on a different level of importance. These are climbing itself, nature and the landscape, and friends that you share these experiences with.  Sometimes climbing is all important, you have to be totally dedicated, performance, beating the challenge, are everything. At other times  it’s the appreciation   of the wild and wonderful places; a rainbow over Glencoe, moonlight, silence and frost  on Bowfell, the sheer beauty, naked granite  and wildness of Patagonia, the northern lights throwing curtains of light across the Isle of Skye’s  night sky. Then   again sometimes it’s all about  the people you are with, the fun, the laugher and banter, it doesn’t matter a jot where you are or what you are doing.

All of them intertwine to varying degrees and writing and photography, my books and work,  are  just my way of passing on the wonder of all this to you.I must say, before I finish, I love to travel and although I have many favourite places in the world, the lure of something new is irresistible. And I also love motorcycling. The thrill of the open road is the nearest thing I know to the freedom of climbing and  walking. I find watching thre real road racers at the IOM TT and the Ulster Grand Prix,  racing exotic machinery at totally unbelievable speed,  is both thrilling and intoxicating.

A wonderful world – so much to do – so little time.