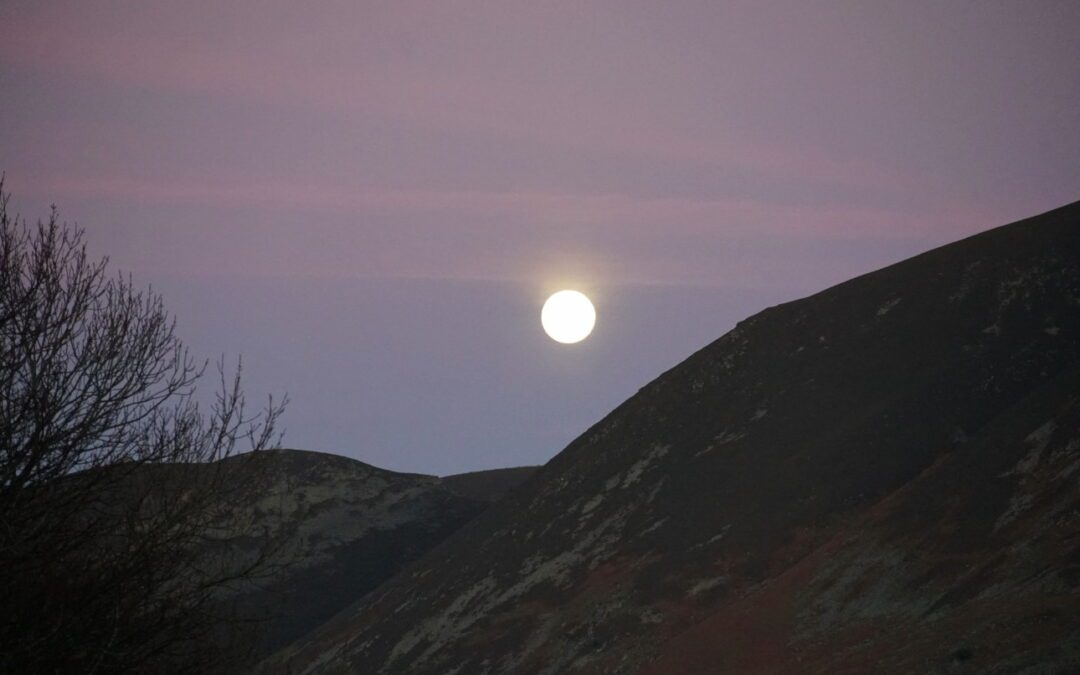 above: Full moon rises between Dodd and Whiteside. Taken at 17:12pm.

Around this date, there were numerous days of temperature inversion with mists hugging the valleys and the tops standing clear. Should you have been lucky enough to get on the fells during this period you would have been amazed by the crystal clear atmospherics on the heights. Probably this day, illustrated here, walking over Mellbreak was one of the most visually sensational I’ve ever enjoyed on the fells. Lucky me – I’ll let the photographs here tell the story.

Just a word about Melbreaks. For me, it’s one of the most mystical and magical fells in the UK. It has an immense and powerful quality that isn’t easy to define. As a youngster I was lowered to both ravens and peregrines nest by my father – the high east-facing cliffs, overlooking Crummock Water. These crags always seem to be in perpetual darkness and the rock is rather crumbly Skiddaw Slate, metamorphosed in places by igneous intrusions of the Ennerdale Granite and its associates. The contrast between its pleasant heathery summit and the hidden dark steeps below couldn’t be greater.

I suppose when I was too young for these exploits I spent time waiting and building rock jetties out into Crummock and exploring the unexpected mineralised caves above. Entering the bottom one it’s possible to climb up and squirm through the narrow rift above to a higher cave exit. But don’t tell anyone – I was supposed to be playing by the lake. I don’t want to get into trouble.

Lately, I have been fascinated by the enormous, long abandoned, settlement at the southern terminus of Mellbreak, below Scale Knott at the foot of Floutern Pass. There are iron mines nearby and it has been mentioned that iron bloom has been found within the settlement – an indication of metalworking. Though I haven’t found any myself. However many of the ruinous buildings within the settlement are undoubtedly those of Norse (Viking) longhouses. Similarly below the north end of the mountain will be found a number of ‘Settlements’ and on a metamorphosed outcrop of Skiddaw Slate below Lowpark over a dozen prehistoric cup markings. Art or of practical purpose – I wonder?

In my ‘COMPLETE LAKELAND FELLS’ I classify Mellbreak as being within the Loweswater Fells Group. In the new edition, it will appear as within the Far Western Fells. This is what I originally wrote of Mellbreak:

” Twin-topped and saddle-backed Mellbreak is a moody and slightly mysterious hill. Her public face, the northern gable seen above Loweswater Village, stands craggy and sharply angular, and her dark, eastern flanks fall directly into Crummock Water. Seen in silhouette, her scree and crags cast in shadow, she appears as a high crown. Beyond, to the west the complete massif of the remaining Loweswater Group shield Mellbreak. To the south, she faces Scale Force, Lakelands highest single fall of water.” 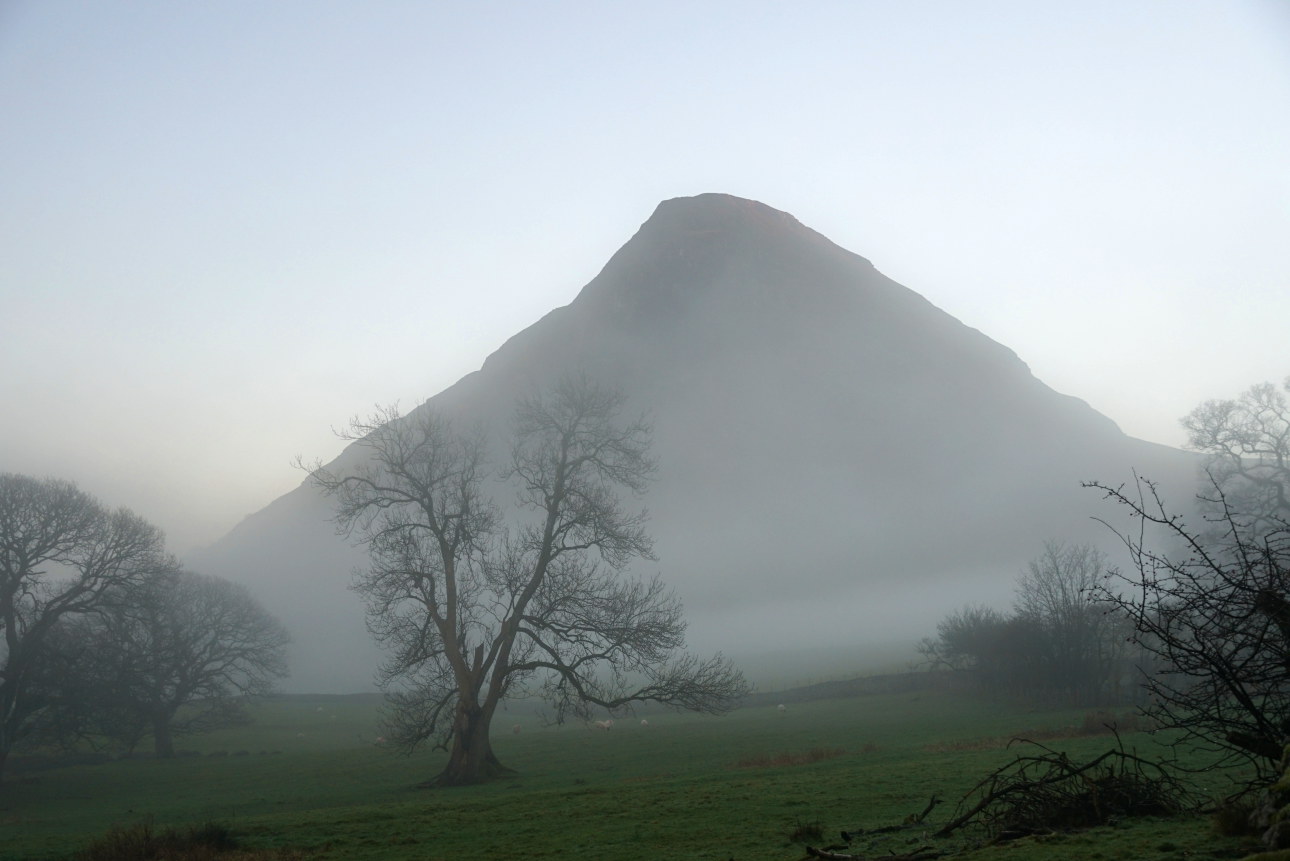 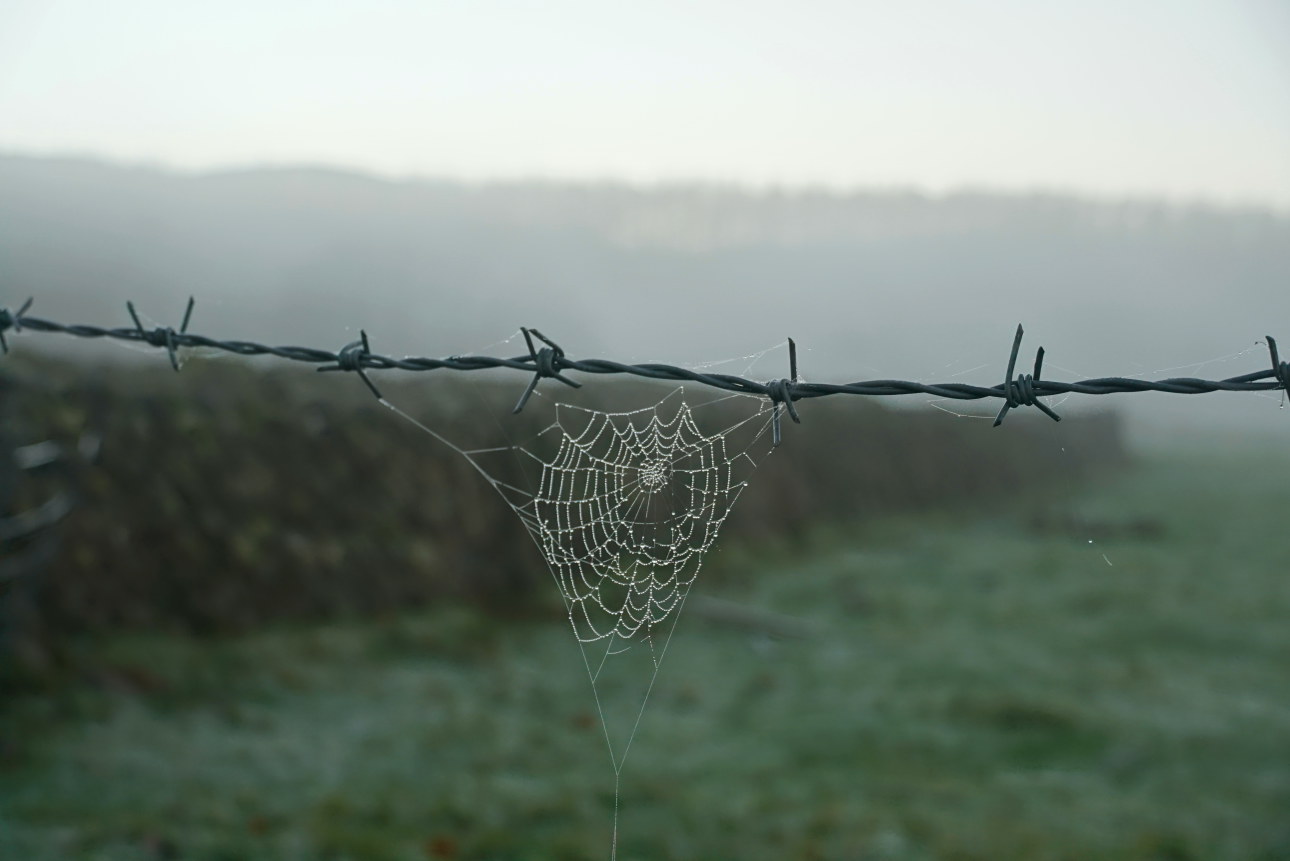 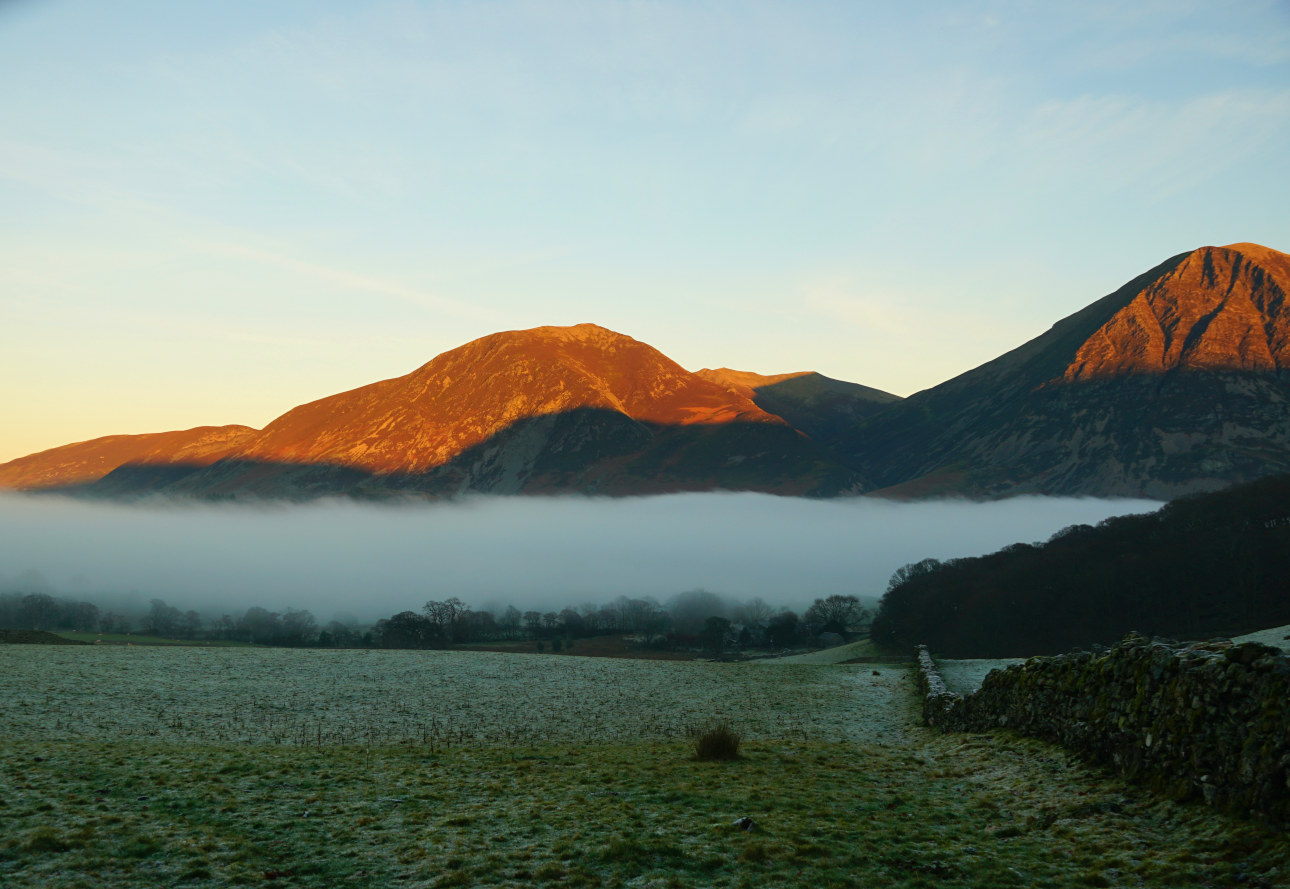 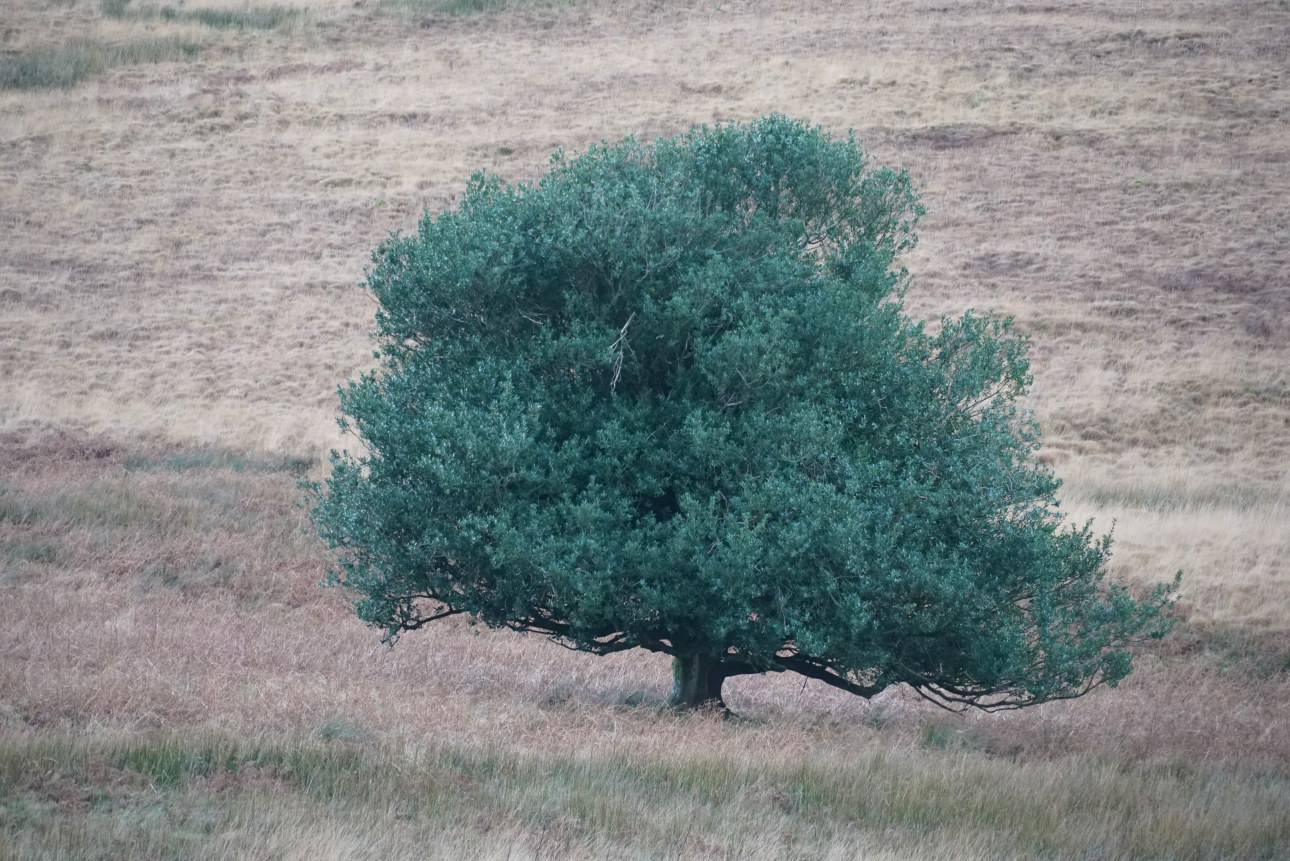 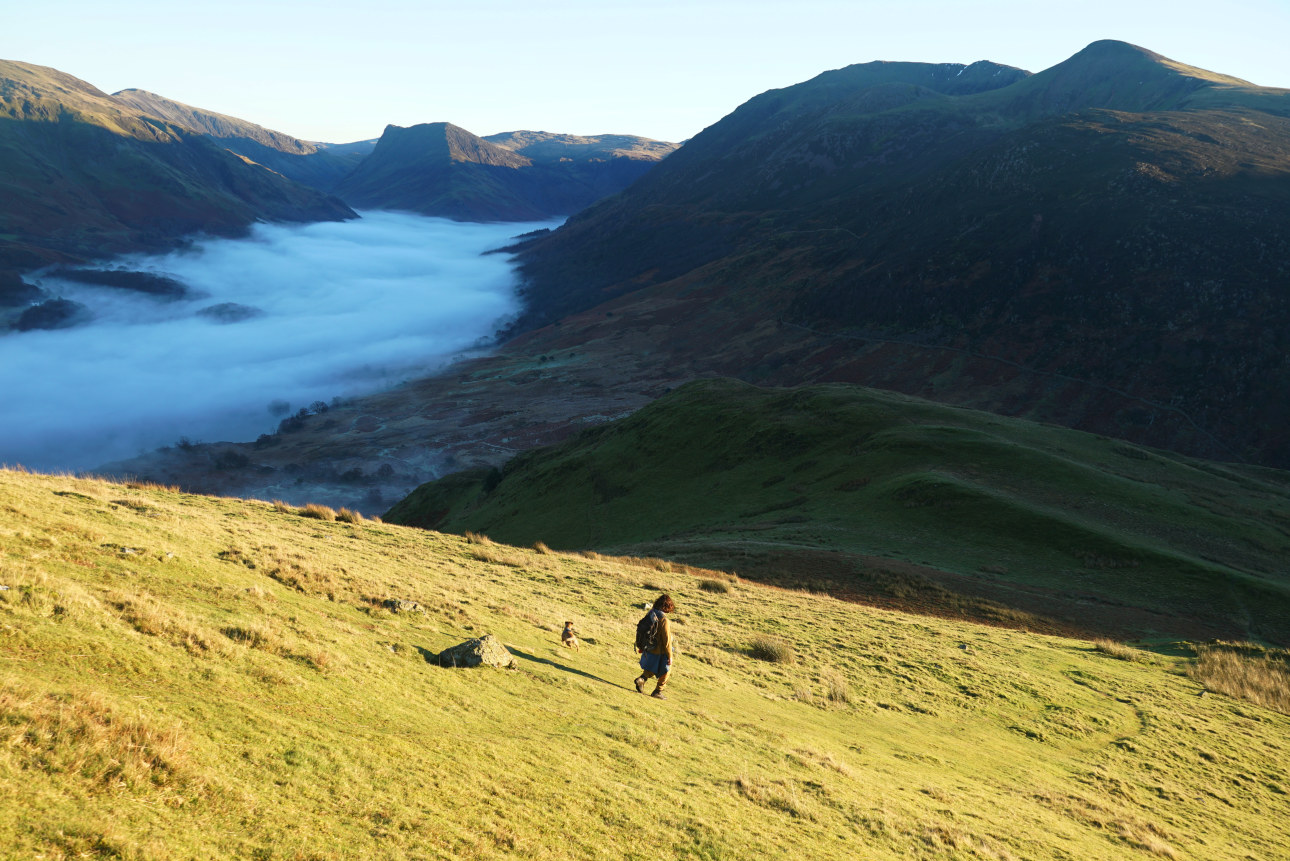 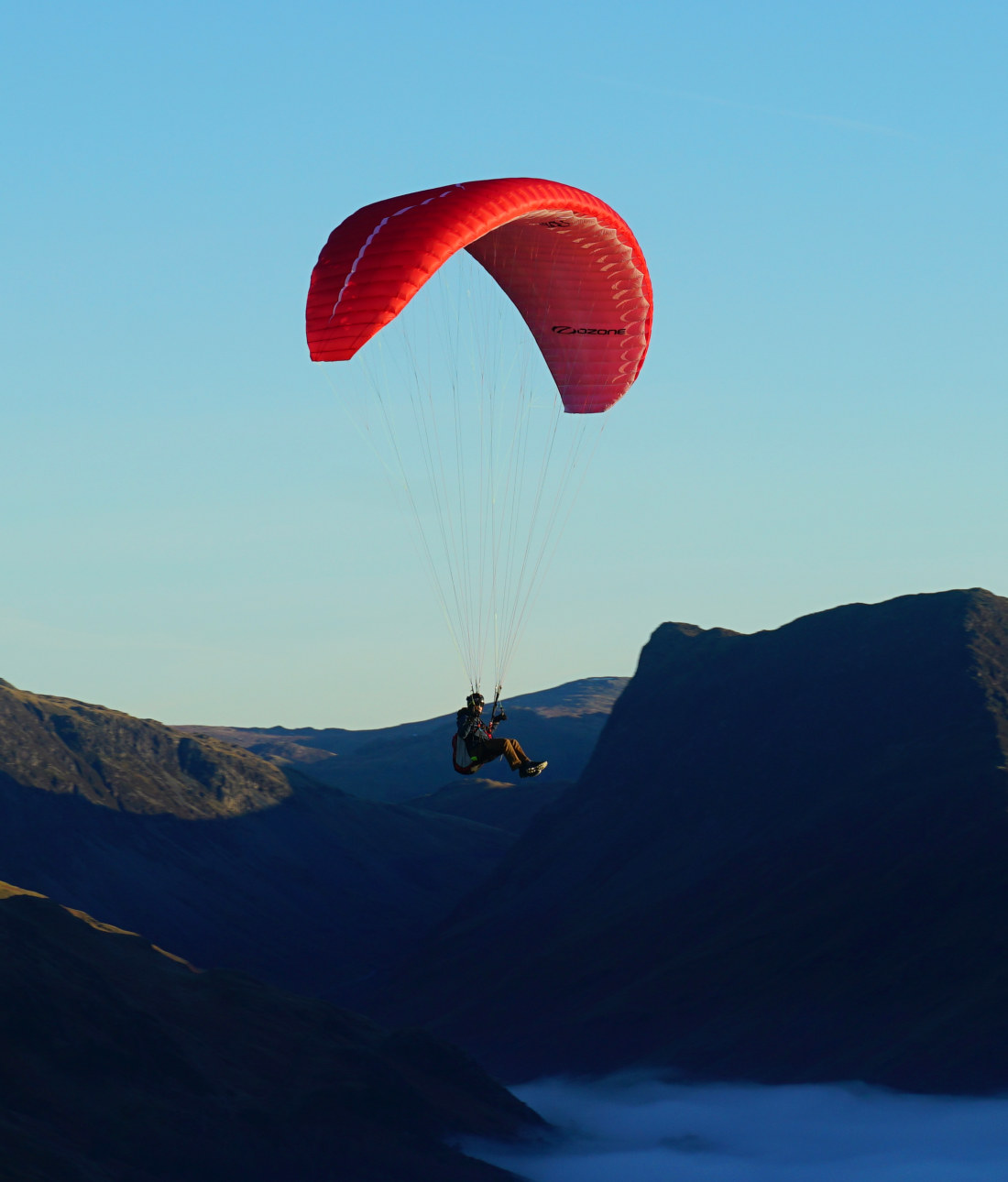 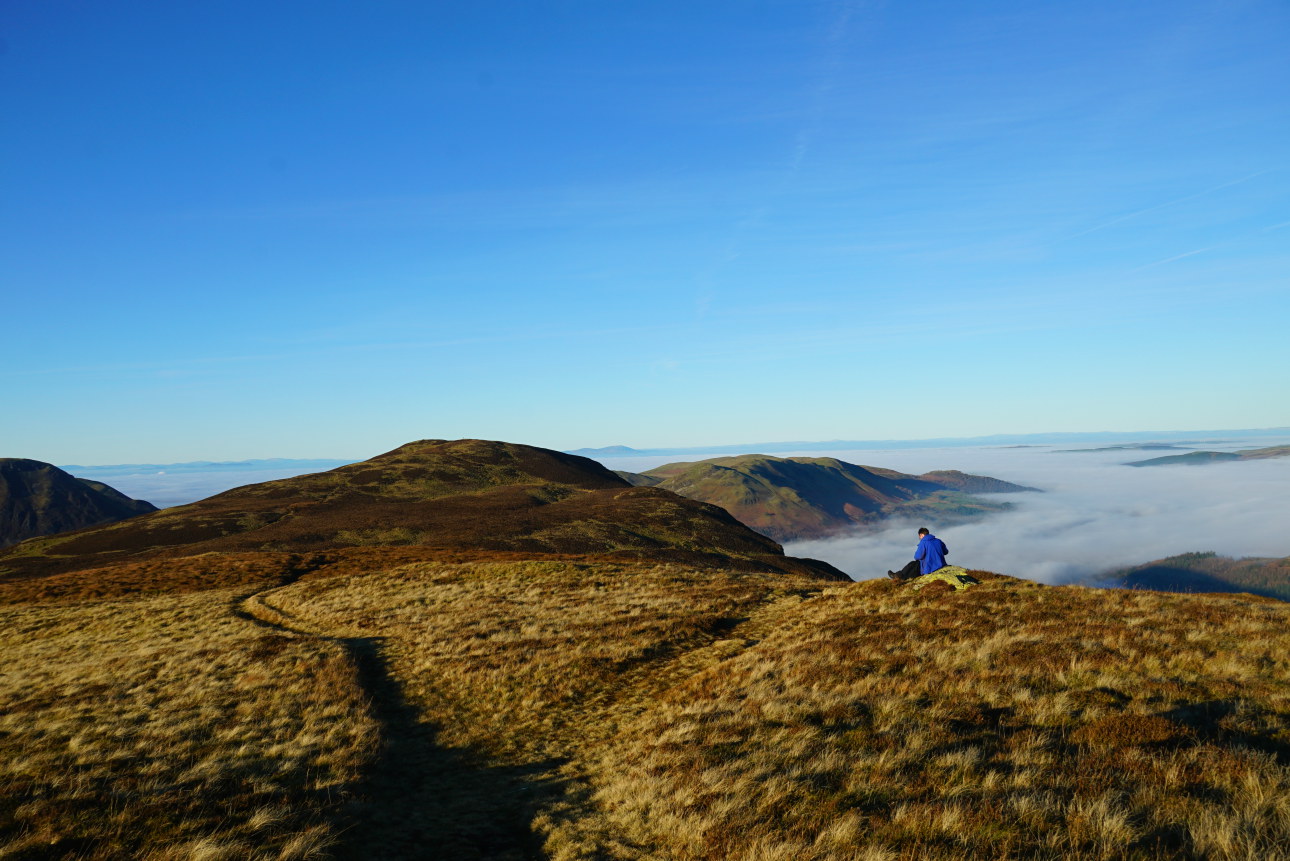 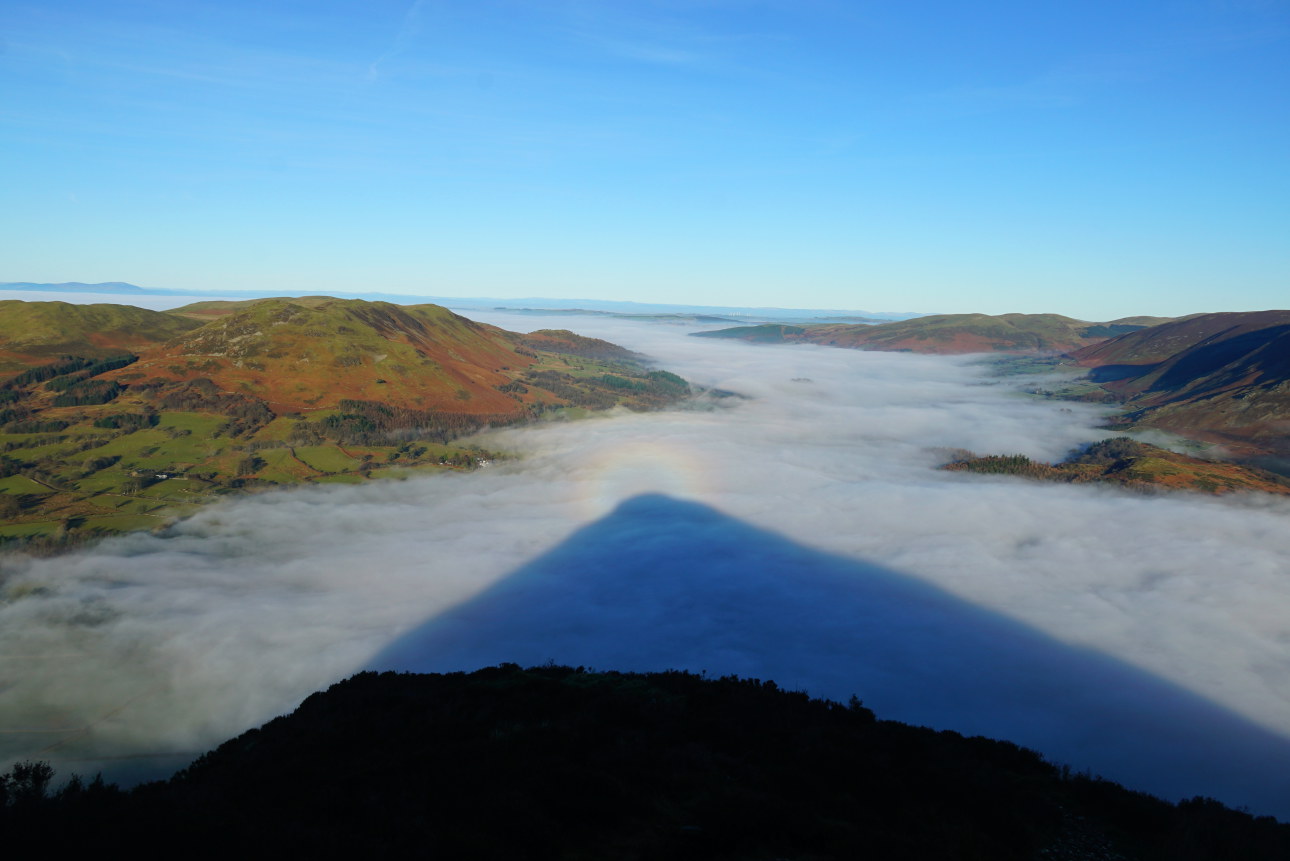 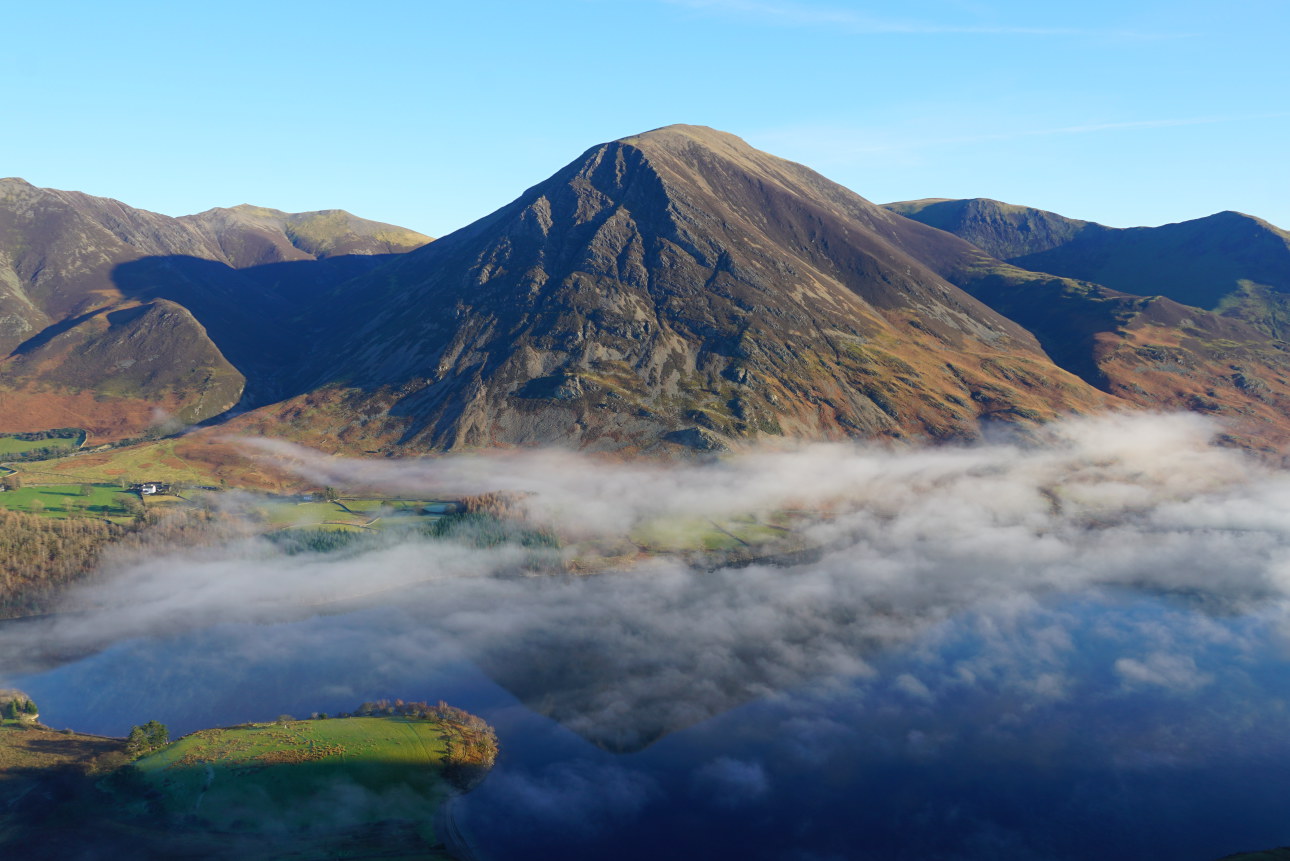 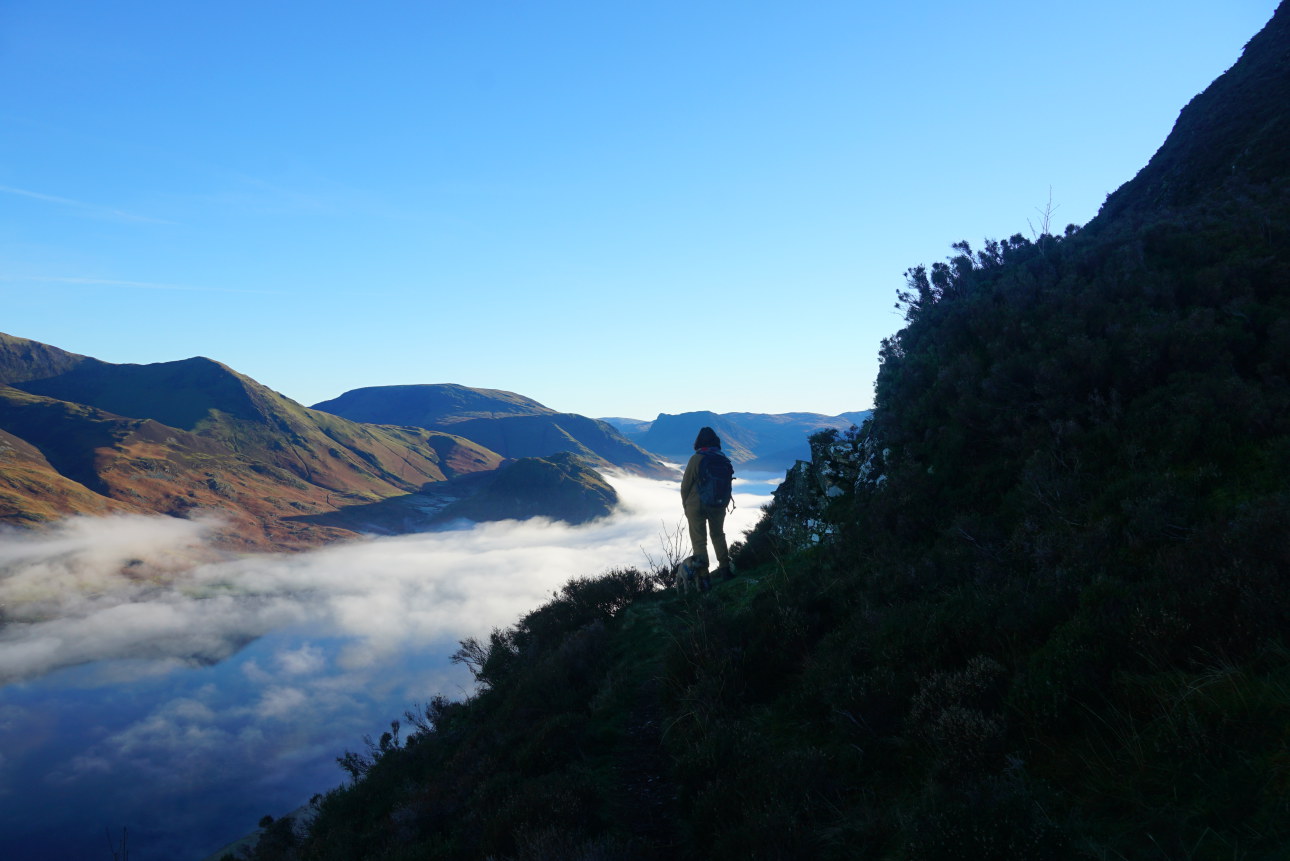 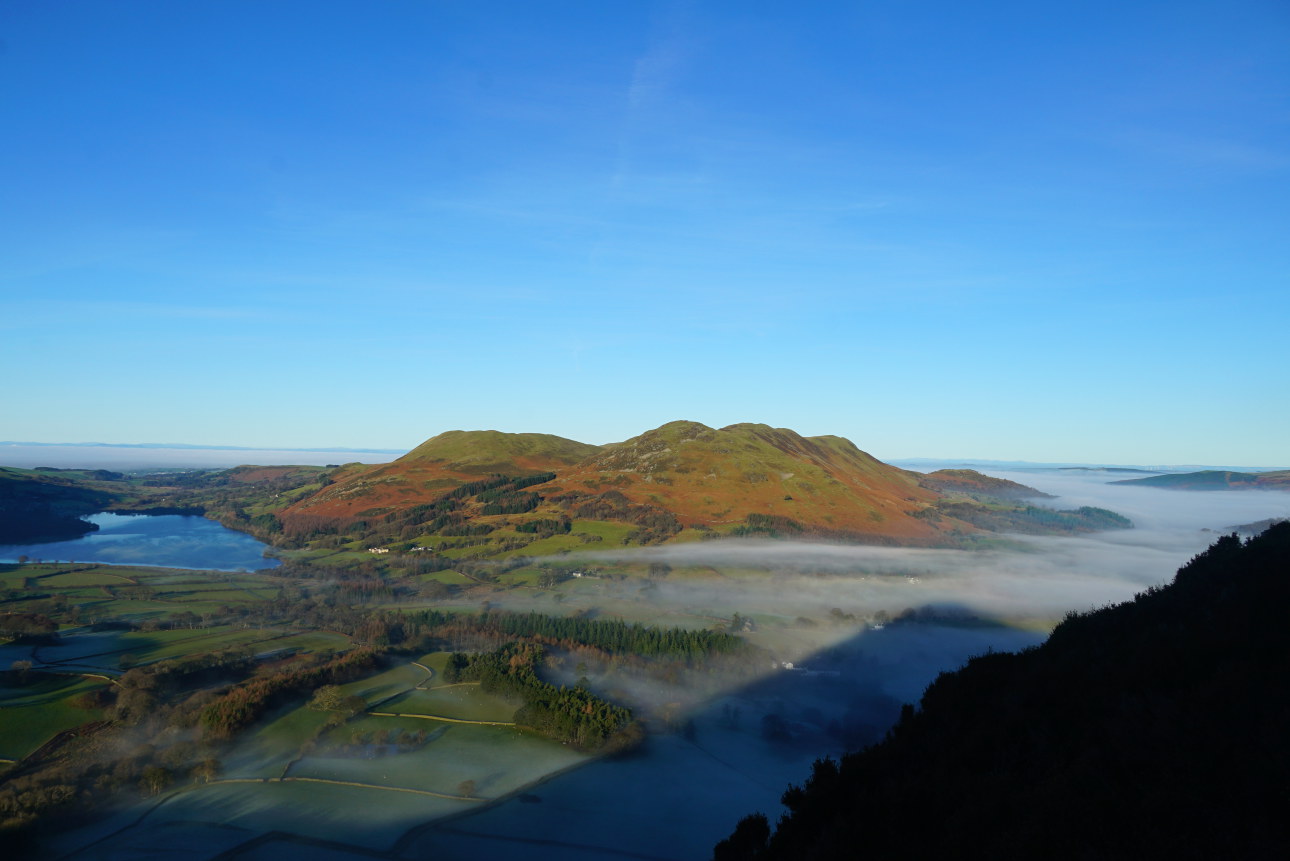 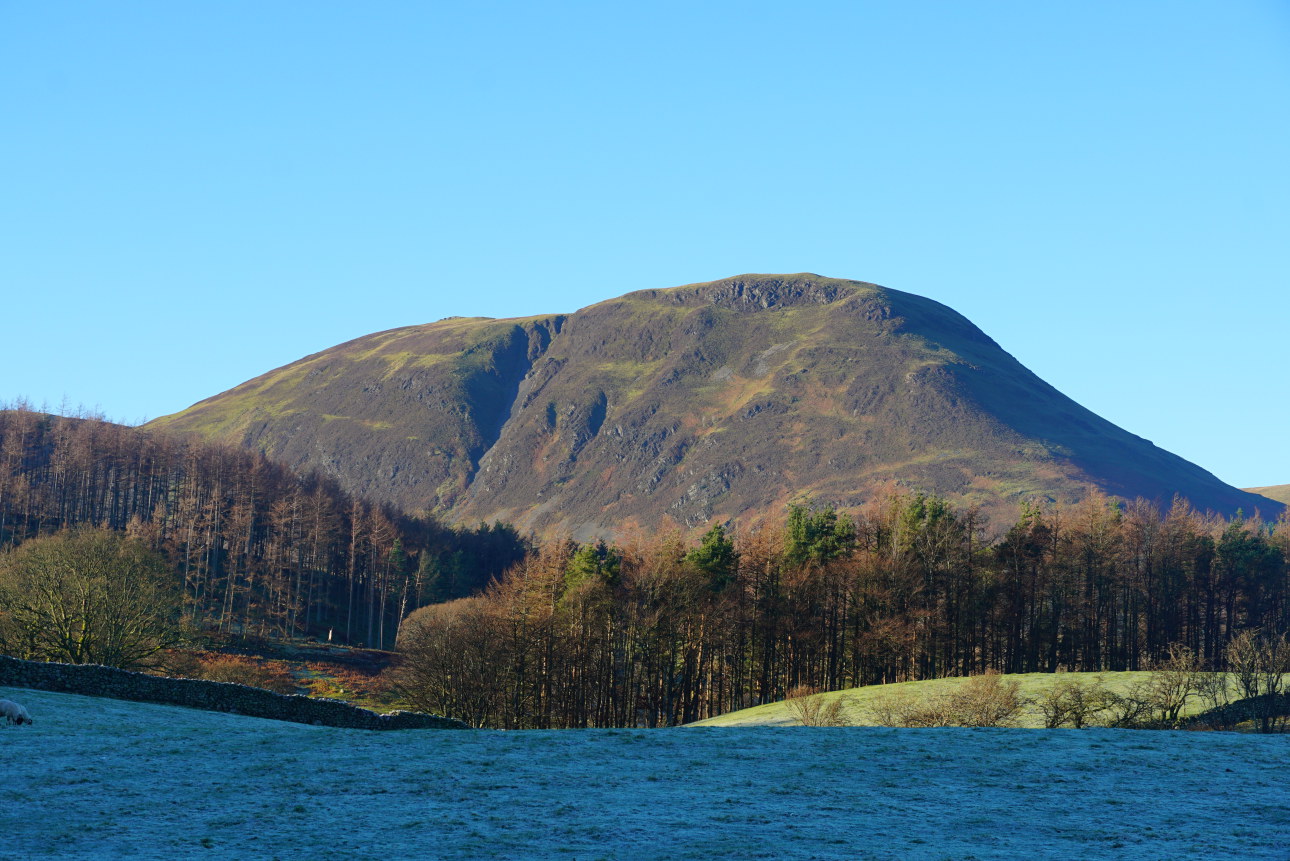 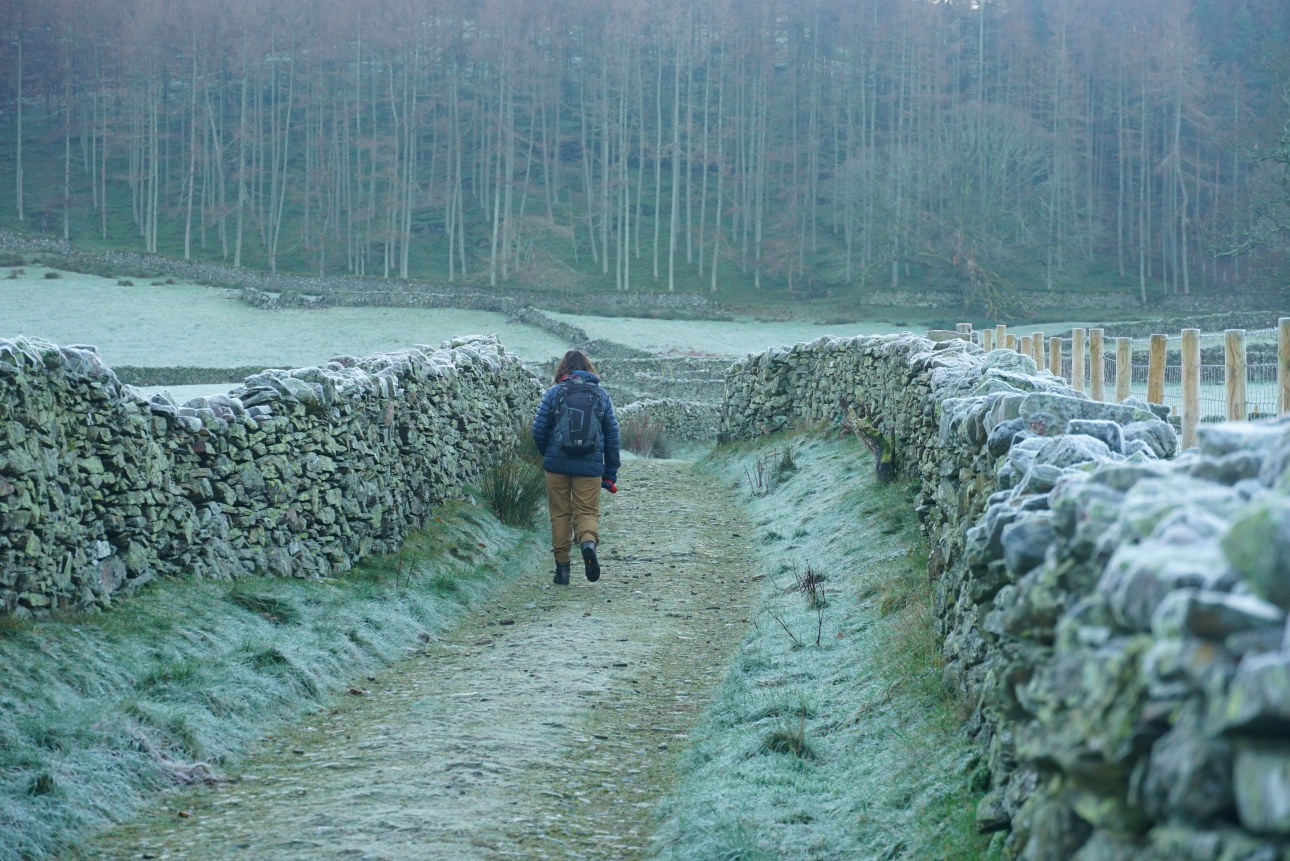 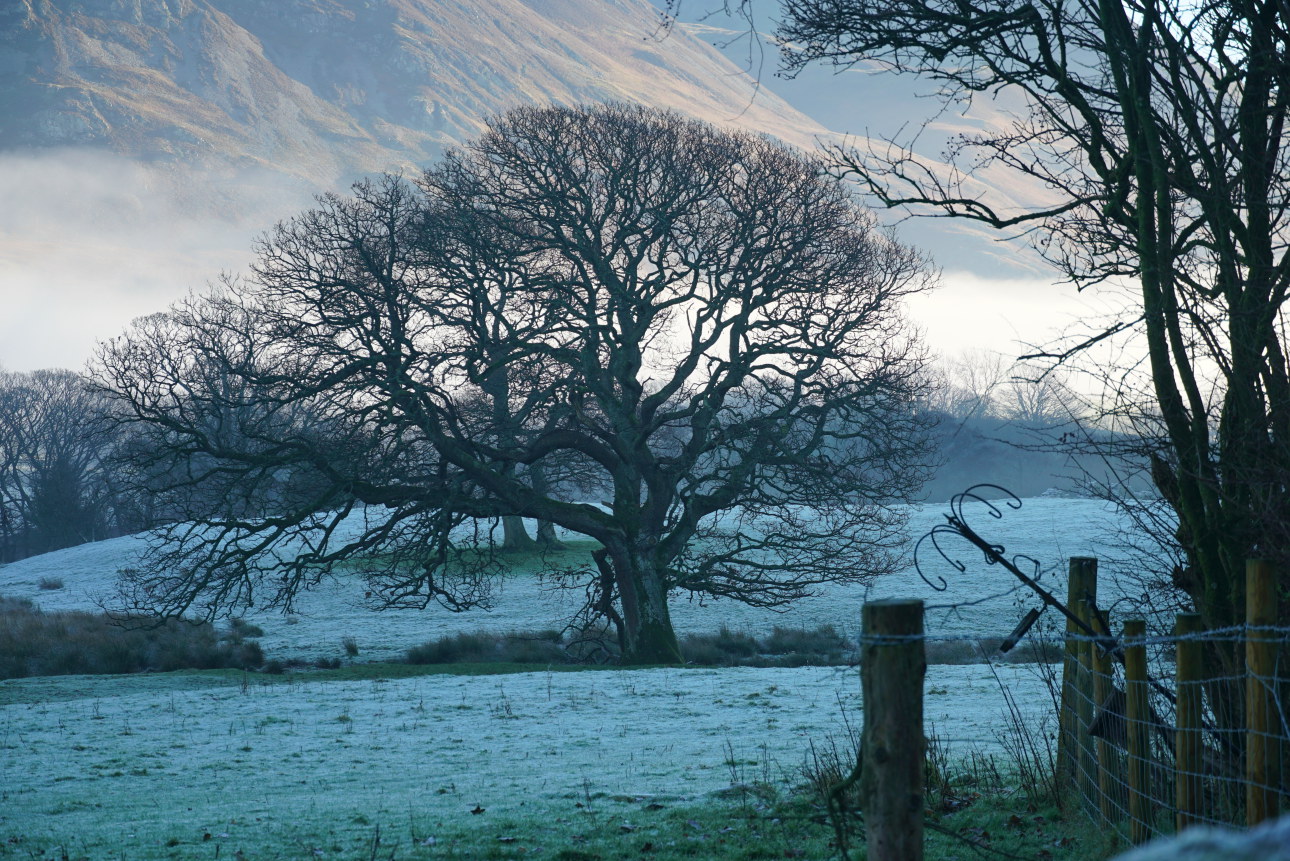 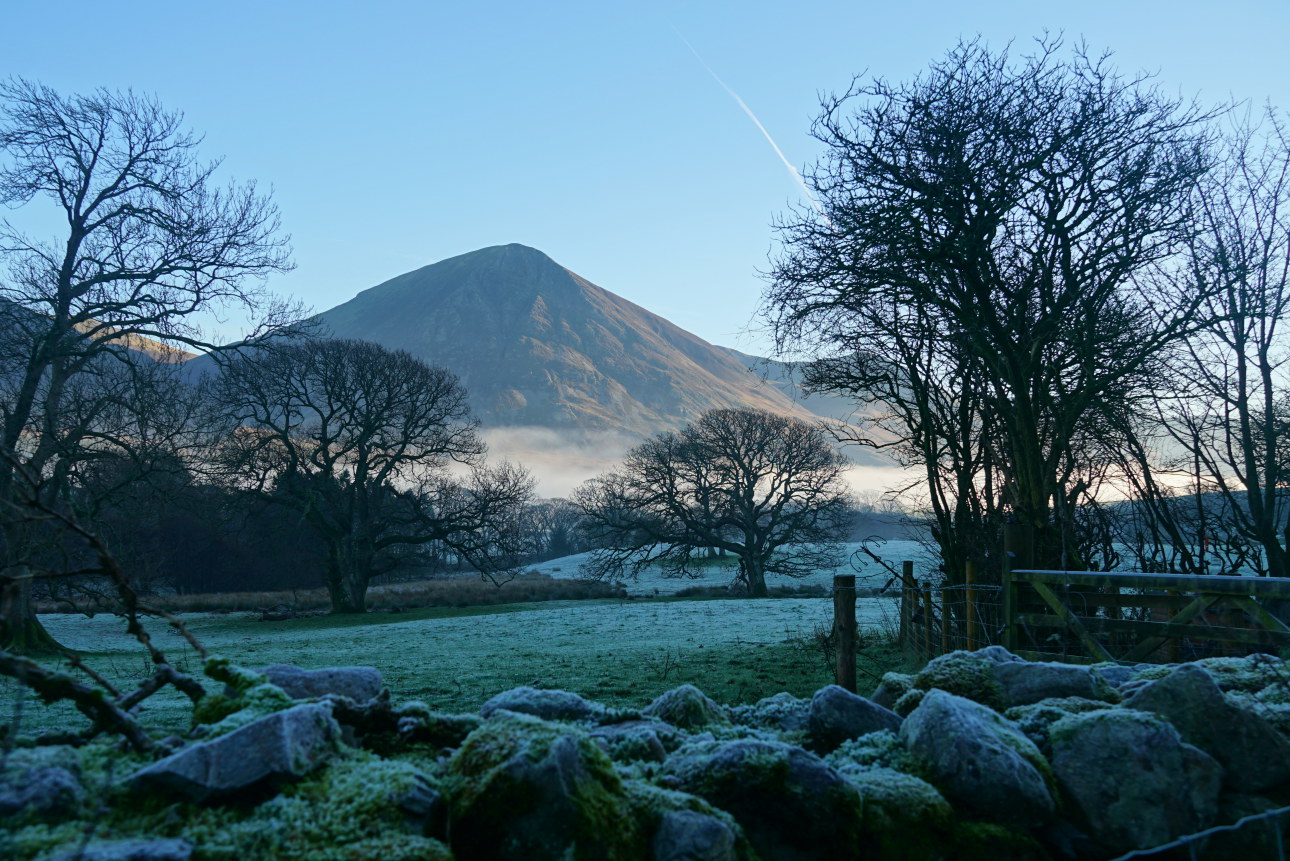 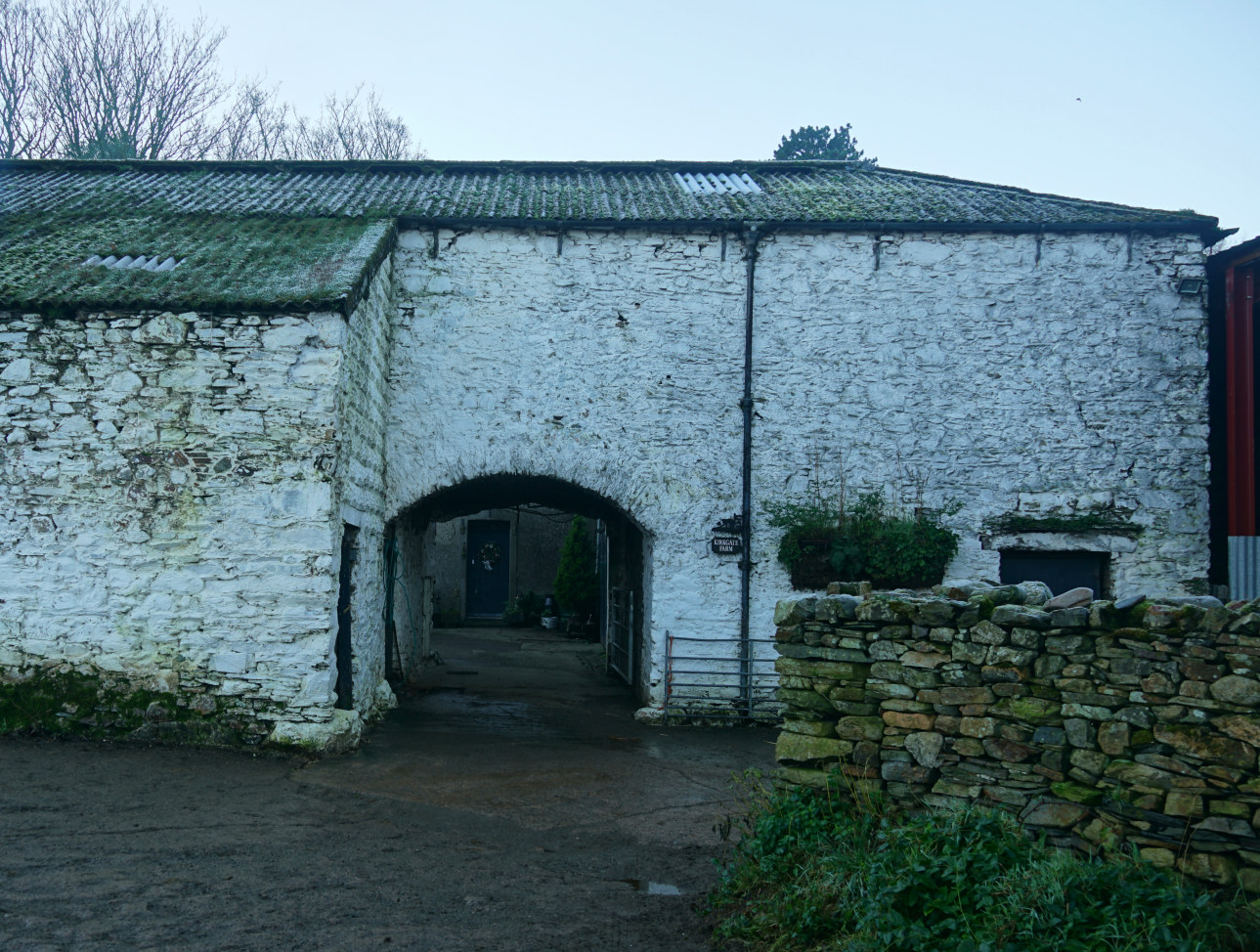 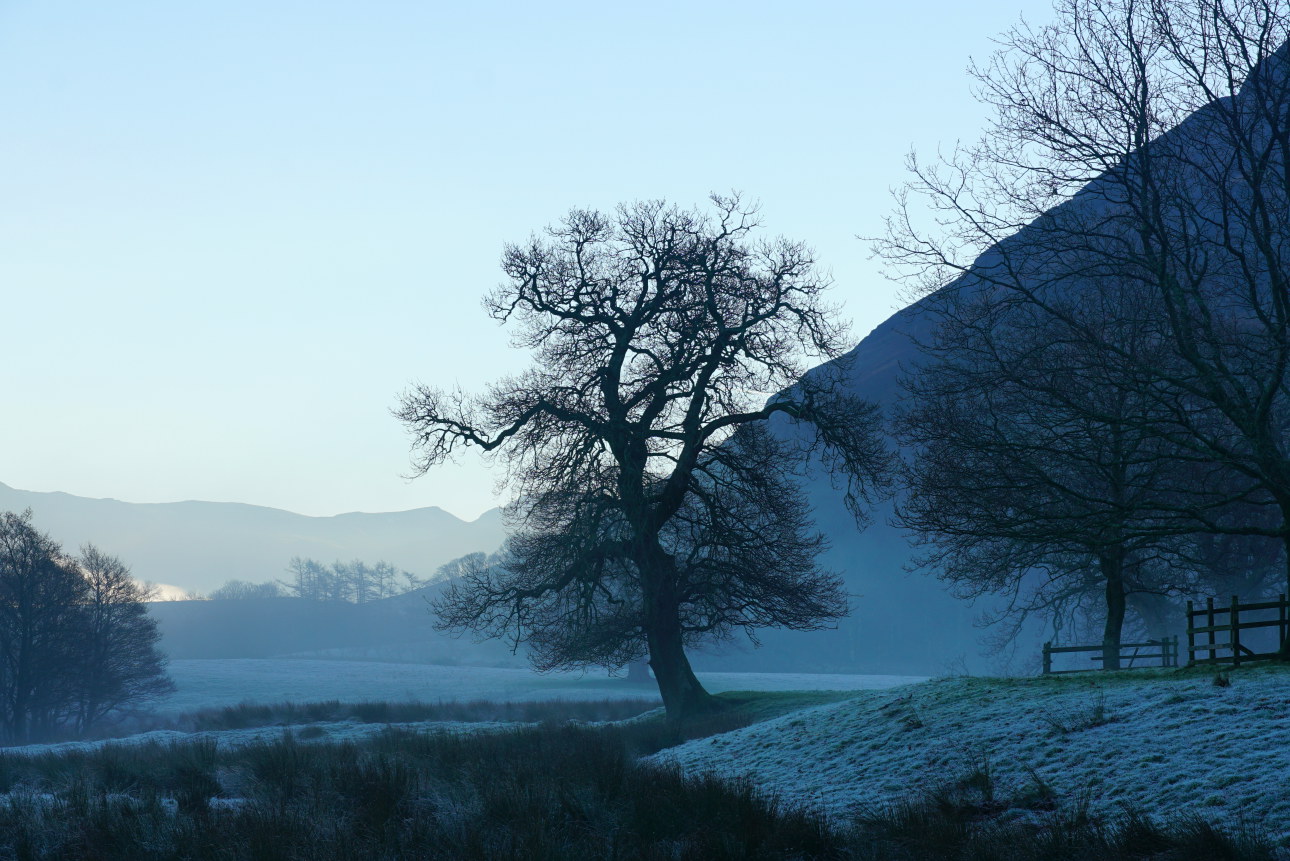 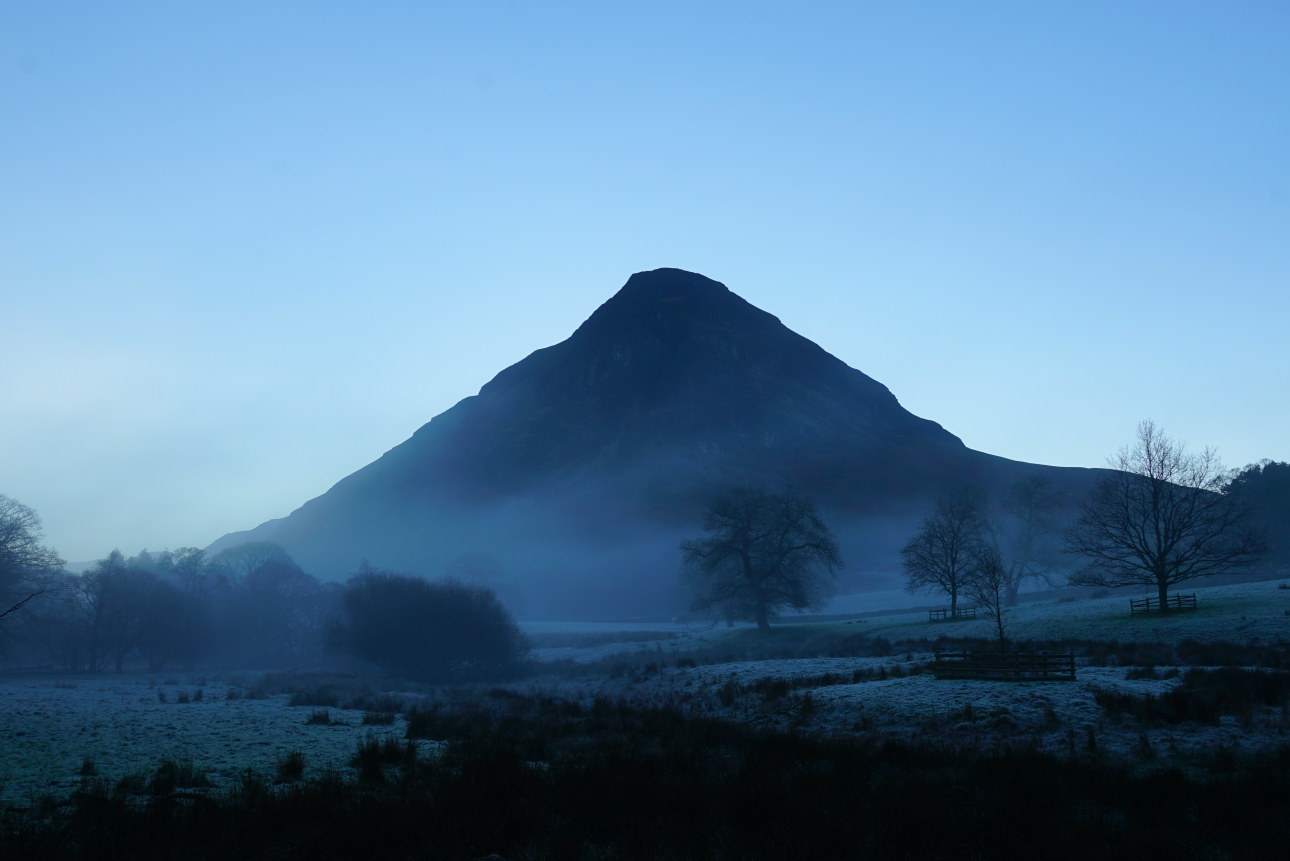 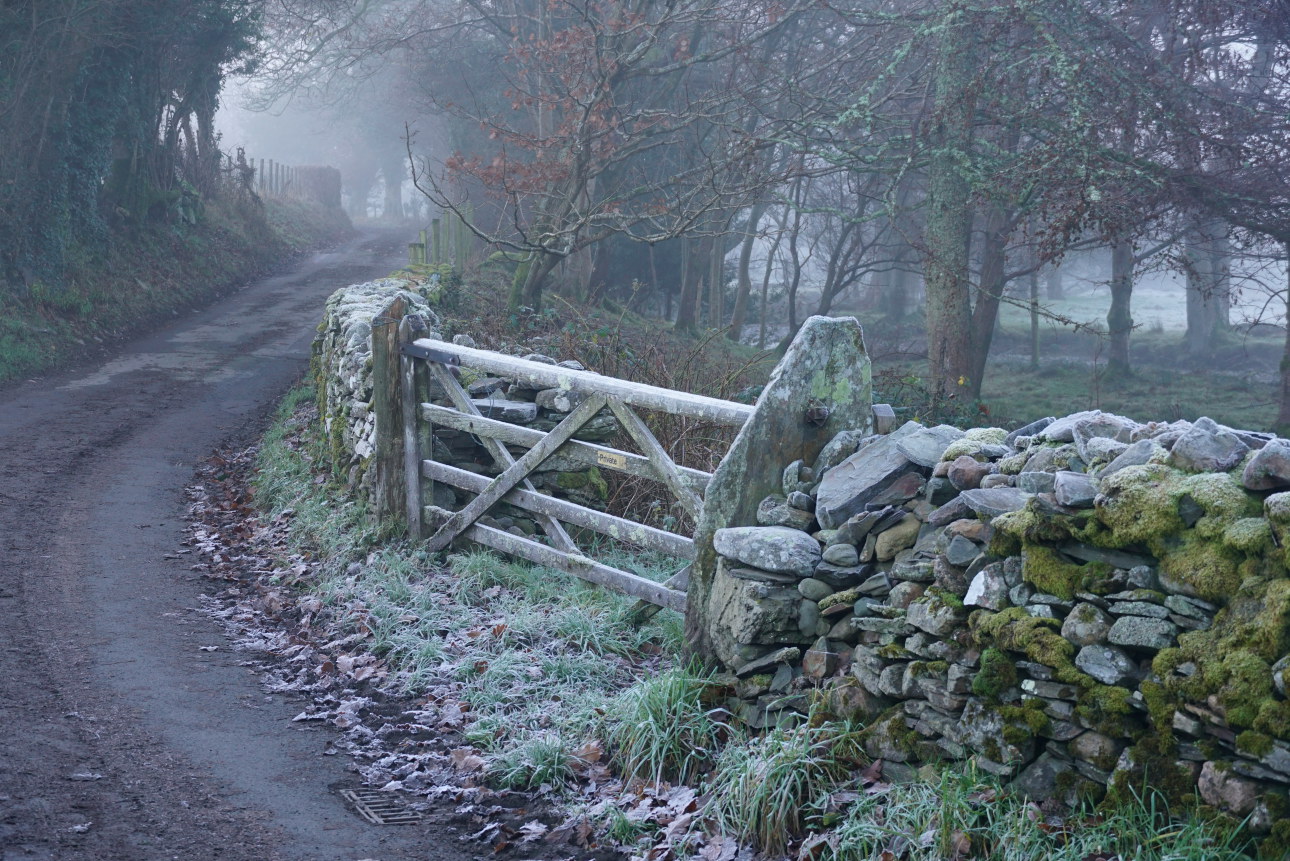